Today was the wedding day...the main event of our trip. This is Jaeeun before the wedding. Isn't she beautiful? In Korea, there's a Bride Room that the Bride hangs out in before the wedding. Guest are invited to go in and see the bride, and take pictures with her before the ceremony. I feel like this would have totally stressed me out. Tons of people in and out the whole time, but here it's tradition! 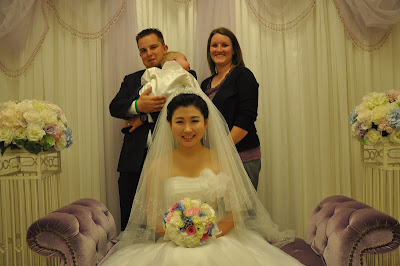 Sherry (Micah's mom) is in the tradition Korean wear. It's called a Hanbok. The Bride & the Groom's mother both wear them. I saw a grandmother, and a few other ladies in them as well. Kaden also has on the kid's version. (Not that you can see cause he's passed out!) 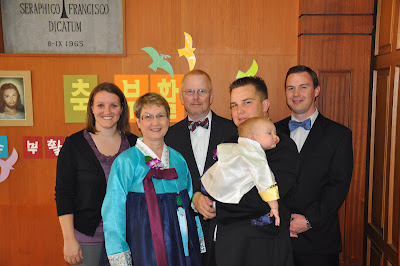 Once he woke up, we added the vest & here he is. Again, we attracted crowds of people to see the little American boy in the hanbok. I couldn't understand anything people were saying, except the word hanbok. I'm guess it was something like..."how cute...little white baby in a hanbok!" 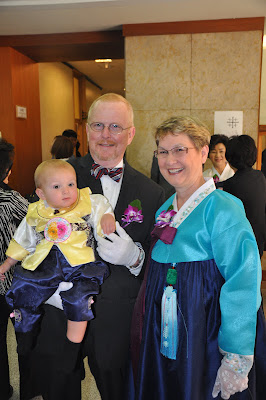 I'm not sure exactly at what point this pic is. Micah took over pics because Kaden was being loud, so we waited outside during the wedding. 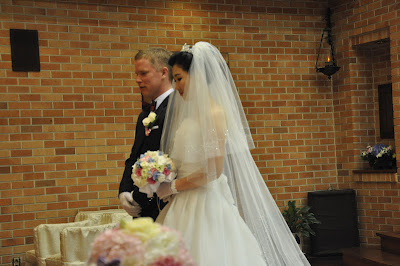 I'm guessing this is after they were presented as married. I heard that there was no "you may now kiss the bride...." It just doesn't seem right that there's a wedding with no kiss!! 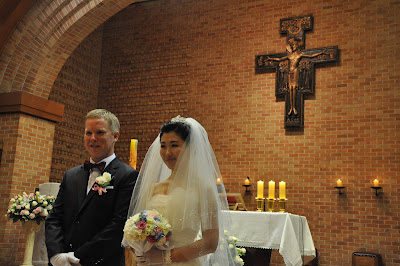 The Bride & Groom with both of their parents. 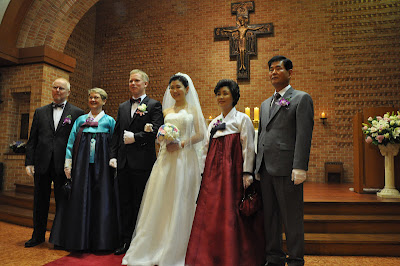 After the traditional service/mass, we went into a small room with immediate family & close friends. They both put on the traditional Korean wear. Apparently this type of ceremony usually occurs at the Groom's parent's house, but since that was several thousand miles away in Kaufman, Tx, we did it at the church. 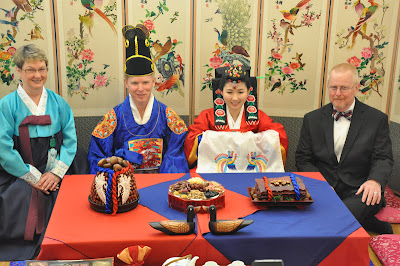 Several little traditions occurred, but again, I was in the hall with Kaden for a lot of it. I know that Zach & Jaeeun served Zach's parent a drink, and they gave them blessings. (most of this was just for Zach's family) 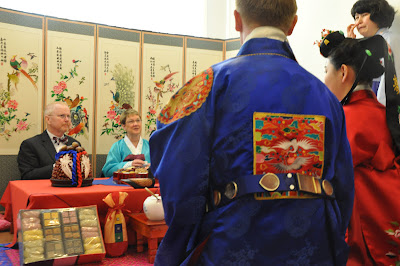 Then Zach's parents tossed two different types of nuts. Whatever Zach & Jaeeun caught are suppose to represent the number of kids they'll have. One nut represented girls, and one boys. I believe I heard the final count was 10...6 boys, 4 girls. 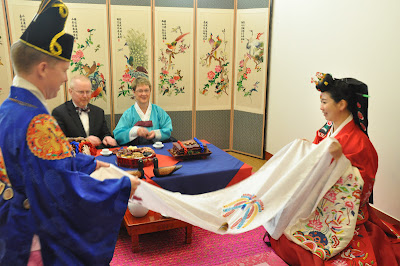 Then Zach & Jaeeun did a toast. They also ate a piece of fruit (no hands). There was some meaning behind who got to the pit first, but I missed that part. 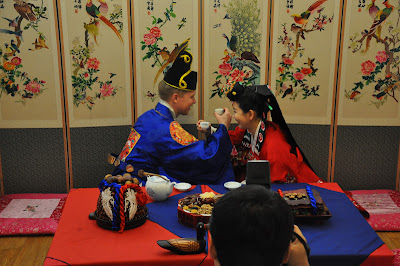 Micah & I, and their older brother Brandon, got to sit down and give a toast. I don't have pics of that, but will hopefully get some from someone. At the end, Zach had to give Jaeeun a piggy back ride around the table ( I think 3 times??). I'm not sure what that represented. 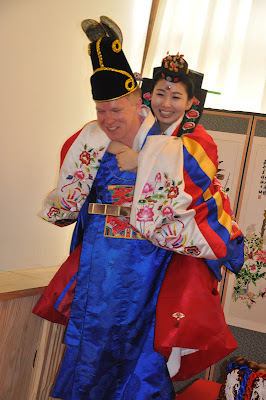 And the lovely couple at the end. 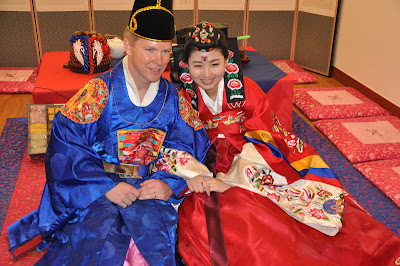 Then we headed to the dining hall. There was tons of food. We sampled several different Korean foods. Kaden practice with his chopsticks. 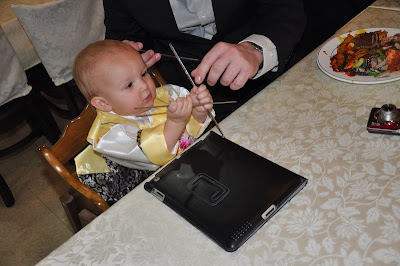 We're so happy for Zach & Jaeeun, and we were thrilled to be a part of their big day!!

After the wedding, and rest at the hotel, we went to a musical. I'd compare it to a drum line maybe, but with more dancing & comedy. It was pretty good. Then everyone when their separate ways. Some of the guys hit the night life. The grandparents took a sleeping Kaden back to the room. Micah & I wandered the streets a little, then had a hot date at McDonalds. Yep.....McDonalds. And I'll be honest, after a lot of Korean food, McDonalds was REALLY yummy!!!!

Posted by Micah and Nicole at 3:44 AM