Today we spent the day on a bus tour. It was one of those buy a pass that'll let you off & on the bus all day deals. The bus stopped at several different tourist & shopping areas. We had 3-4 different places on our list to shop at, however, we only made it to one. The rest got pushed to another day. Our one stop was the Korean War Memorial. We spent about 3 hours there. 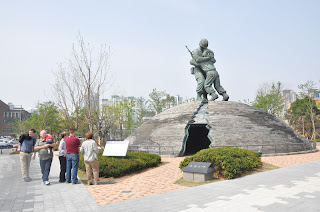 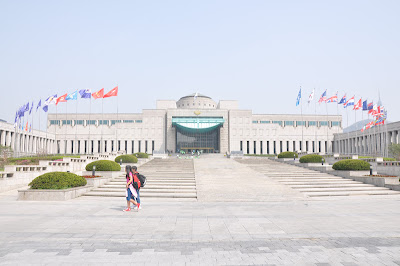 For being a free memorial/museum, it was a very big and very nice! 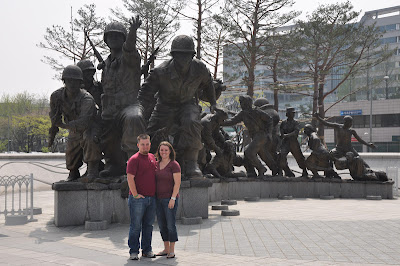 This is another statue at the entrance. 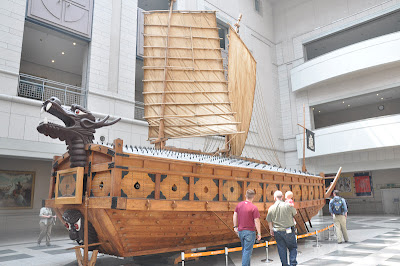 This boat, called the Turtle Ship, helped the Koreans defeat the Japanese. 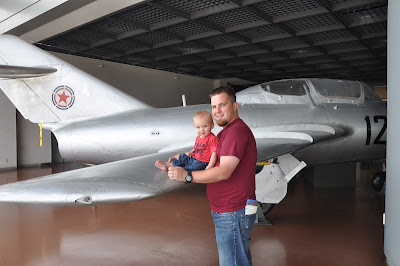 Little Man enjoyed looking at all the planes. 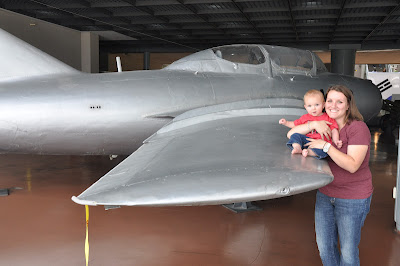 He also liked riding in the side cart. 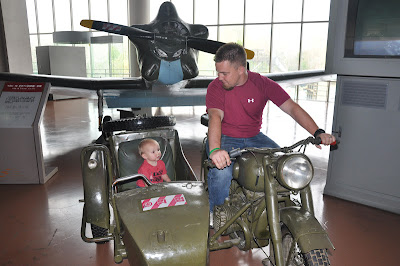 Outside there were tons of planes, tanks, & boats. 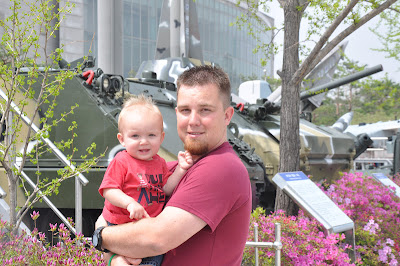 We explored all of the ships & planes. 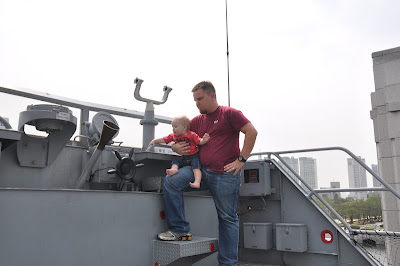 Kaden even got to be my co-captain on the ship. 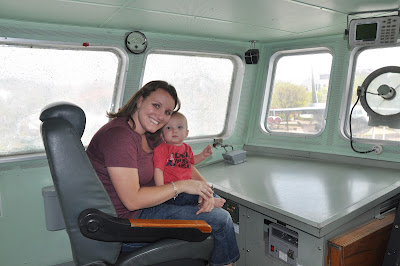 Kaden loved riding on the bus. He likes to point out all the cool things he sees out the windows, and talk to all the passer bys. 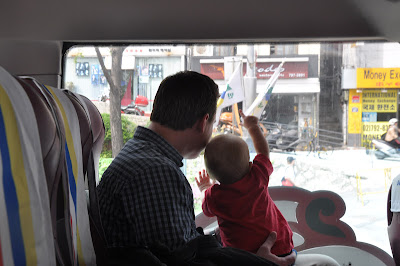 After our bus tour, we headed back to the apartment to get ready for dinner. We all had dinner with Micah's future sister-in-law & her family. The restaurant & dinner were really cool. Each table had a burner in the middle. They brought out a big pot with boiling water. They also brought several plates of different meats & veggies. You cooked the meat and veggies at your table, then ate while you cooked. They kept bringing tons of food. We really enjoyed it! My chopstick skills are improving little by little. I actually had one waiter at a restaurant give me a fork to use...I think he felt sorry for me!

Another good day in Korea.

Posted by Micah and Nicole at 6:42 AM