Today was another adventurous day. I did things that I might not have done under any other circumstances. Seoul has a tower (similar to the one you see in Seattle). It doesn't spin, but it's extremely tall, and allows you to see how huge Seoul is. We took a cable car from the base of the mountain to the bottom of the tower. I didn't realize I was getting on a cable car that went up a mountain. I was a little nervous. And I think we picked the windiest day to ride the cable car. This a view from the cable car up the mountain. 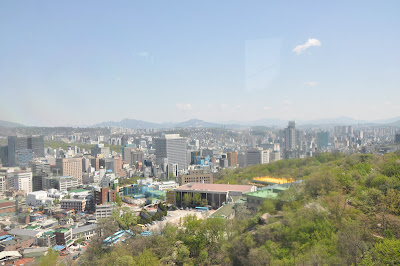 This was at the top of the mountain. They used these to communicate during the war. During the day, they'd send smoke signals. And at night, they'd use fire. 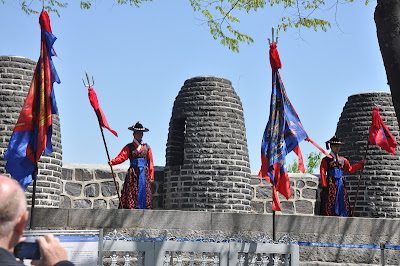 These men came while we were there. I'm thinking it was some kind of ceremony, but I'm not sure what for. 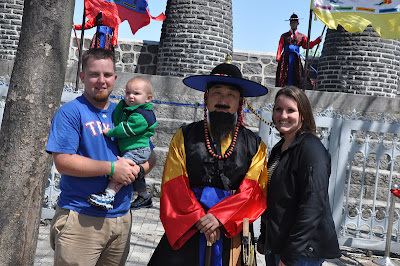 This little cartoon is famous in Seoul. I think he's like the mascot of Korea. I believe it's said that he's kind of the "protector." 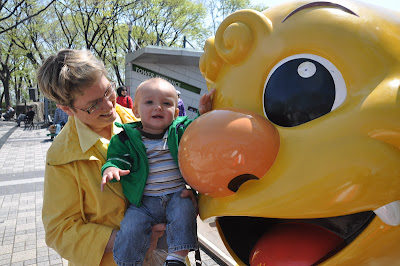 This is from a look-out point from the base of the tower. 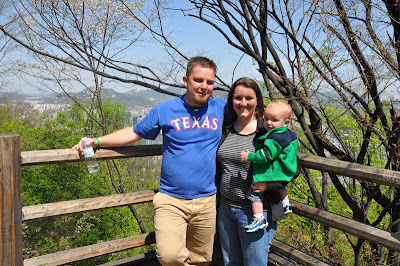 The city of Seoul is HUGE. The city is built around this mountain, and it goes out as far as you can see in all directions around the mountain. 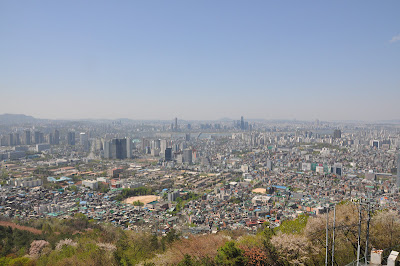 This is another look out point. What you see on the fence is locks. It's called "locks of love." Apparently couples go up to the tower and place a lock. This represents they're love for each other that will not be unlocked and will last forever. 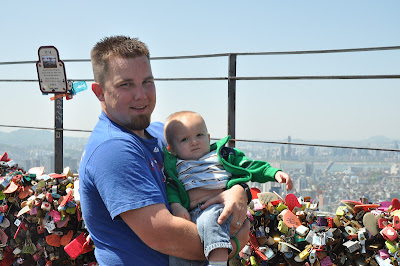 Looking out over Seoul. 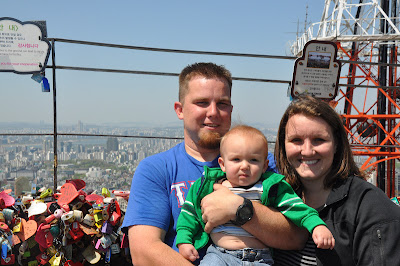 This is once we went up into the tower. 360 degree view around the whole city. 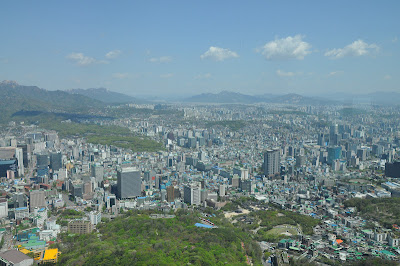 We were hoping you could see the city behind us, but the picture didn't come out too well. We did pick a very clear day to look out though. 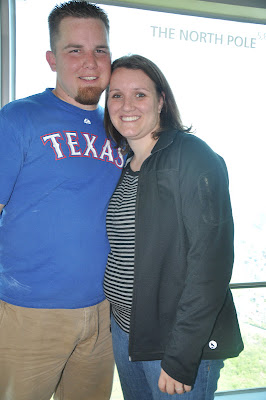 All the windows had major cities listed from around the world. This window faced these cities in the US, and gives the distance (in kilometers) to the given city. 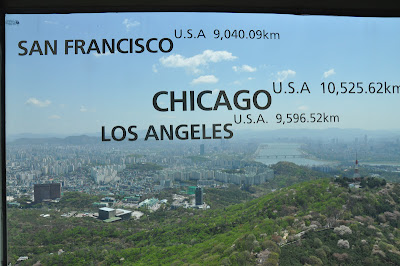 Here's our little family. Kaden loved looking out the windows. He was perfectly content hanging out in the tower. 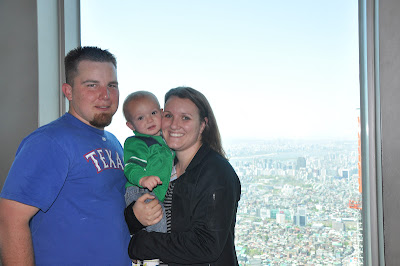 Micah & his brothers had hiked up the mountain when we took the cable car. I decided to walk down the mountain with the guys to see the view. (and maybe avoid the cable car!!) Micah's brother took our picture with the tower in the background. It's hard to tell from the picture how tall & big it is! Because it's placed on the mountain, you can see the tower from a lot of different locations in the city. 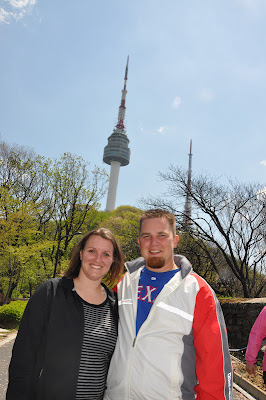 After the tower, we stopped for lunch. Kaden is learning chopsticks. He loved this chicken. His daddy wasn't feeding him fast enough. 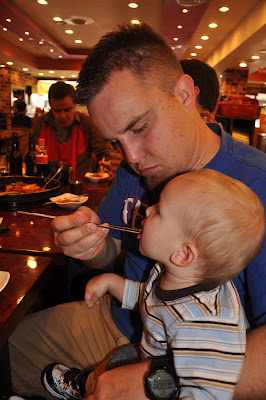 Here Sherry & Cathy are enjoying lunch. They chose to wear the bibs so as not to embarrass themselves while eating. This was another meal that we cooked at the table. 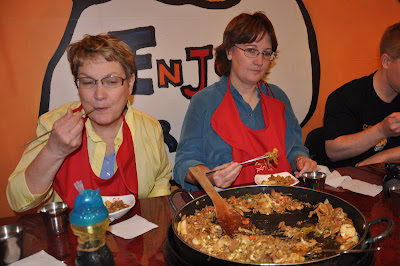 Here's our little samurai. We went to a Korean Folk Village. It was set up like an Old Time Village. We walked through to see how the houses were & how people lived. 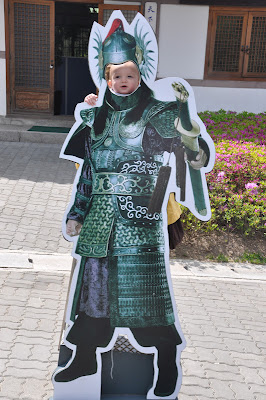 This was a game that was popular. It was also on top of the mountain at the base of the tower. You stood behind a line, and tried to throw the arrows into the tubes. It was harder than it looked. Micah & I tied. We each made one. We only threw 3 each. 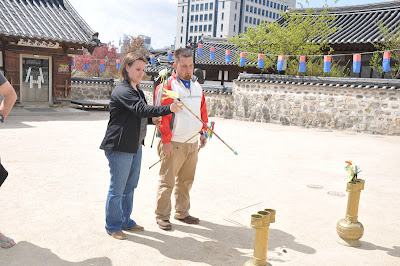 This is how Koreans made grain in the village. The grain went in the hole at the end, and you jumped/stepped like Micah is to pound the grain. 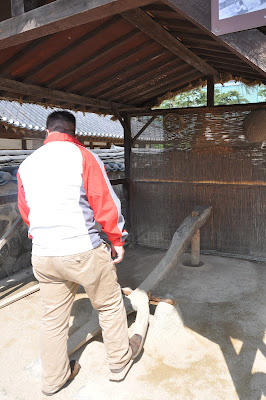 I have several more pictures, but it takes forever to upload pics here, so I'll add more or put them on Facebook as soon as I can. We are enjoying our stay, and seeing lots of interesting things.

Posted by Micah and Nicole at 8:03 PM