This past weekend we flew to Dallas. Yes...we flew from Houston to Dallas. Why fly, you might ask. Well, at the end of April we are flying to Korea. Yes...we are taking our almost 1 year old on a 15 hour flight to Korea. Micah's brother lives there, and he's getting married. So us, along with Micah's parents, aunt, uncle, & brother are flying to Korea for 10 days. It should be interesting. Anyway, we decided to do a test flight to check Kaden's ears, behavior, etc. Not that you can compare a 1 hour flight to a 15 hour flight, but he did GREAT on the 1 hour flight.
Here he is checking out the planes while we were waiting to board. 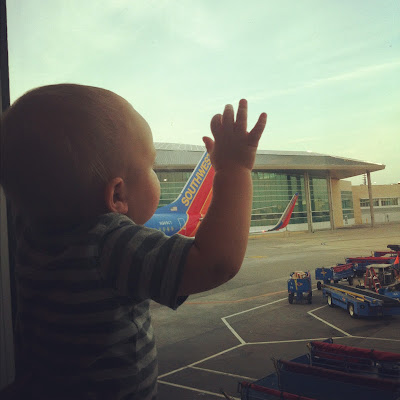 Kaden loved playing with the dogs while we were at Gradma's & Grandpops. 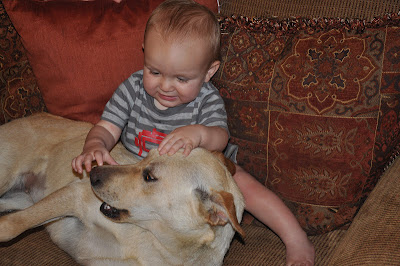 Grandma had heard how much Kaden loves blueberries, so she had some ready for him! 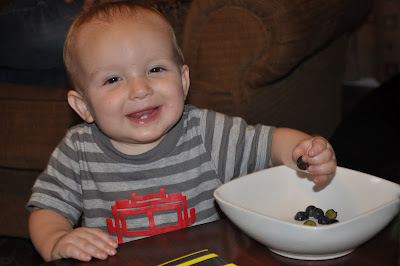 They also knew how much he liked to swing, so they had one ready to go on the back porch. It was a nice swing, and Kaden loved it the whole weekend! 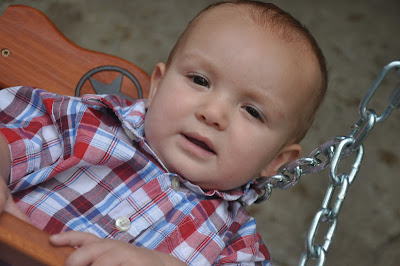 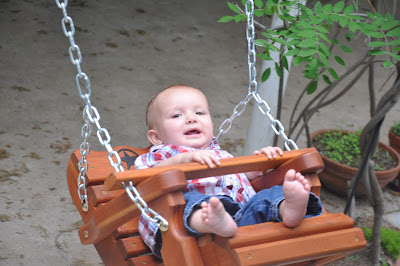 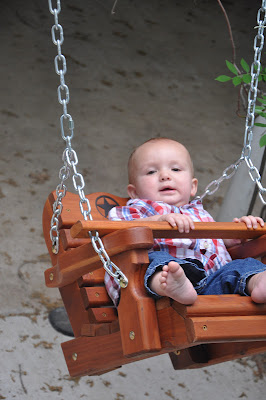 Mommy was excited that there are way more bluebonnets in the Dallas area, than where we live. We don't have much at all. So, we went to one of Micah's parents friend's house to borrow their blue bonnets. Kaden was pretty uncooperative. He wouldn't give us any smiles. He was more interested in playing with the flowers. 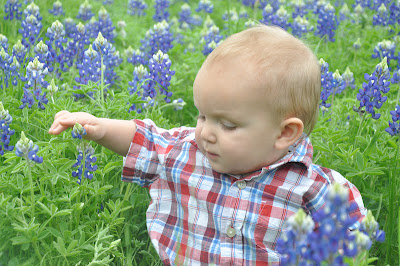 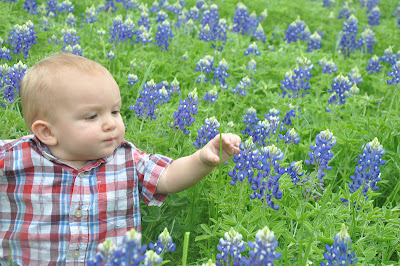 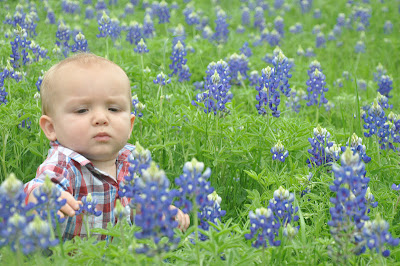 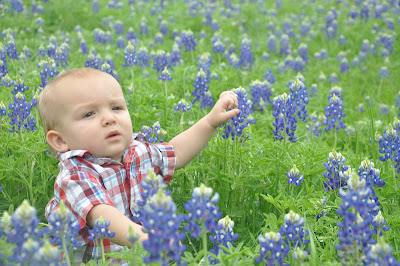 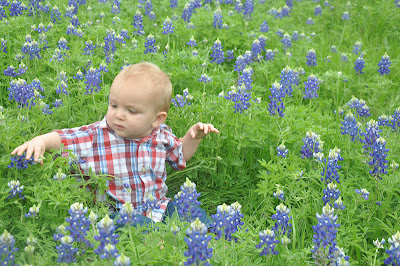 Micah & I took turns sitting with him. We hoped that might help get some smiles. 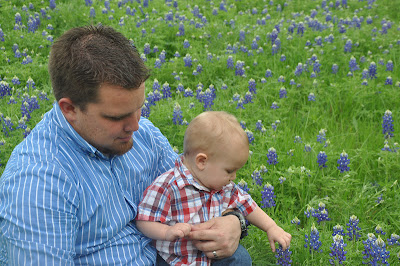 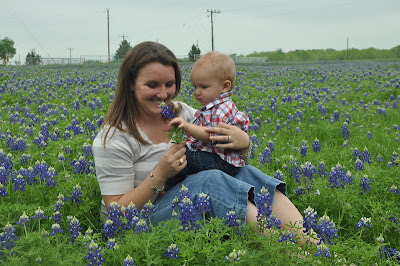 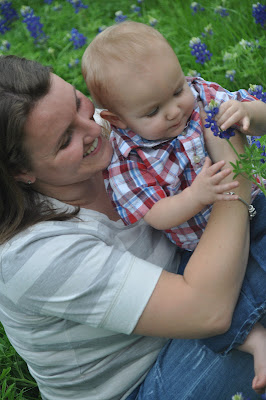 This is the closest to a smile we got. 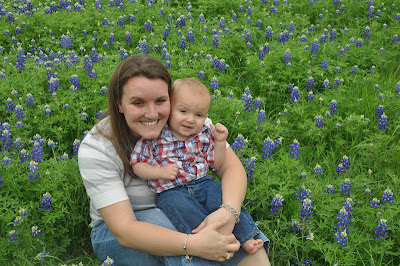 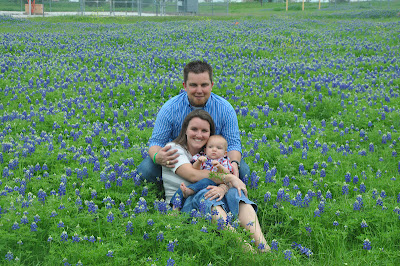 Oh well, we had a great time in Dallas with Micah's family!!! 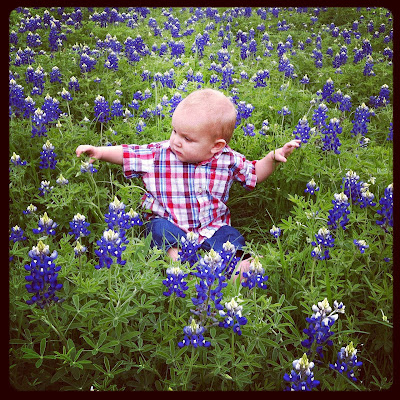 Posted by Micah and Nicole at 4:07 PM