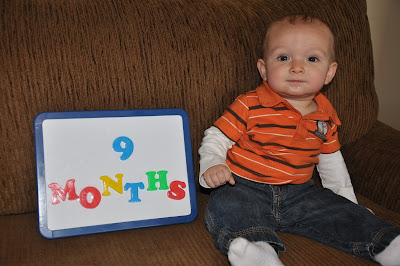 Look how handsome our 9 month old is!!! 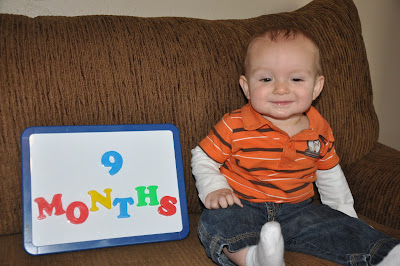 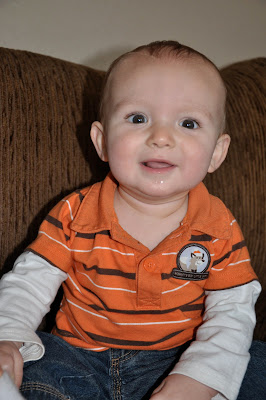 Sleeping Habits:
Kaden is sleeping better. He's doing much better during the day with nap time. He's also sleeping longer at night. He still wakes up once quite a bit. I started thinking he wasn't getting enough to eat when I was nursing him before bed. So, we've been trying to get him to take a bottle before bed. Some nights he does good, and some it's still a hassle. But, in general, he's doing better. 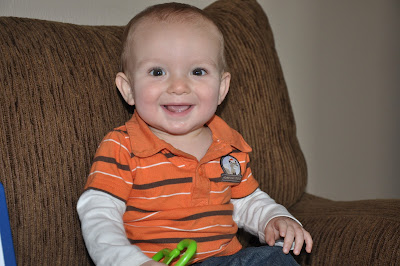 Eating Habits:
Like I mentioned earlier, we're trying to incorporate more formula. He's starting to enjoy it and take it much better than when we first started. He still loves to eat. He's getting very independent. He loves to feed himself. He's pretty much grown out of baby food. He's not intersted. I try every now and then to feed it to him, but it usually just goes to waste. His meals these days consist mostly of cut up fruits and veggies. However, the Dr. just gave us permission to try pretty much anything. 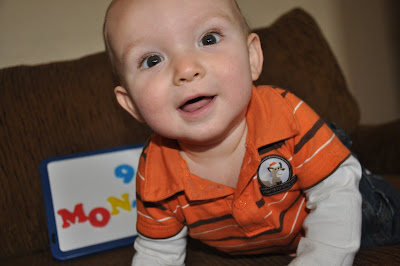 New Tricks:
Besides being all over the place, Kaden has a few new tricks. He can wave bye bye. He can clap. He LOVES to play peek-a-boo. He'll cover his eyes with his hands or with a blanket or his shirt, and he just laughs when we say boo. And he loves it when we cover our eyes and play with him. We're working on blowing kisses. Right now he just thinks it's funny. 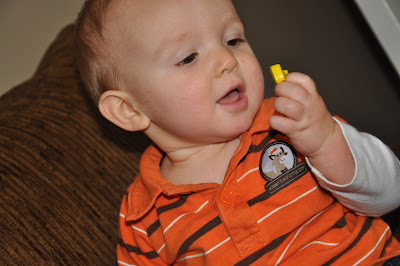 Dr. Visits:
We went to the Dr. two weeks ago. It wasn't a scheduled visit, but for two days he ran a fever of 102. He had no other symptoms, but we couldn't get his fever down. Because he had had 2 ear infections just before then, we decided to take him in to have him rechecked. They were fine. I guess he just had a little bug. He ran a fever for a few days with no other real symptoms besides being groggy, and after about 3-4 days he was back to normal. Then we went today for his 9 month check up. Prayerfully, we won't go back until his 1 year check up. 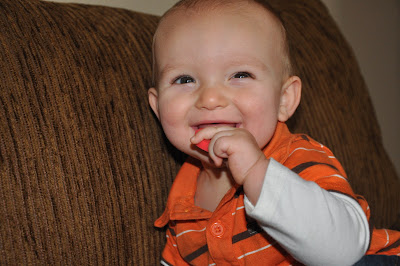 General Observations:
He's still very much independent and very much a momma's boy. 2 things that have stayed consistent. He's a happy boy! He loves to play. He loves to eat. He loves bath time. He's all over the place & into everything. He managed to crawl all the way up the stairs (with me close behind). He loves music & singing. He's smart. And he gives the best kisses. 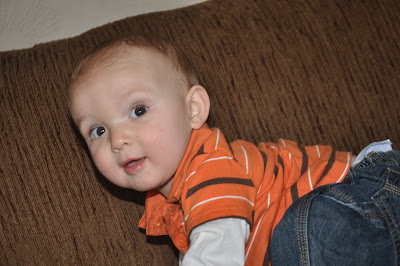 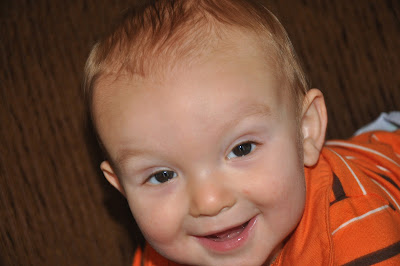 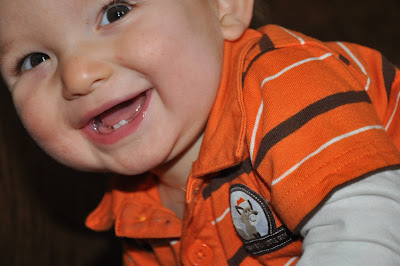 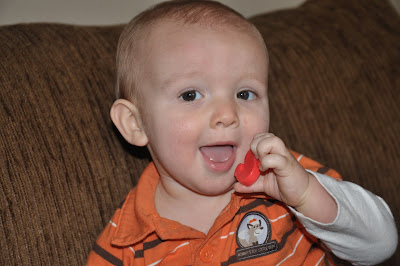 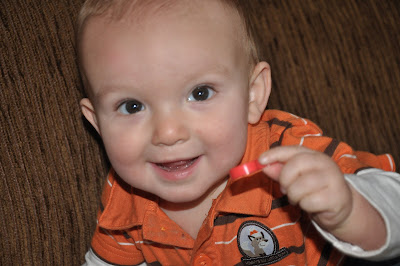 Posted by Micah and Nicole at 2:41 PM