Tonight we went and fed the ducks. We've been wanting to go for a long time. It's on our Summer List of to-do items. 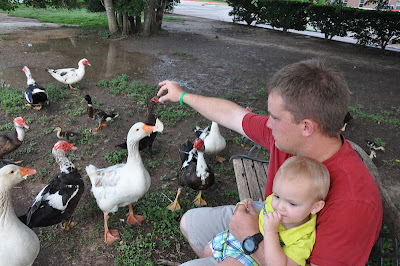 But for one reason or another, we've been unable to do it until tonight. It's rained every day for over a week. 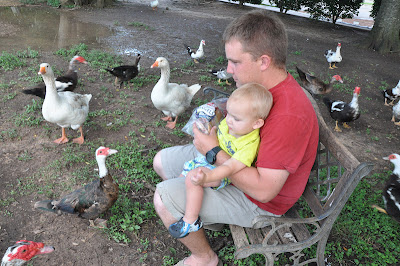 Today, there was finally a break. Although you can tell from the pics that it was still really muddy. Micah held Kaden most of the time because he would head straight for the water. 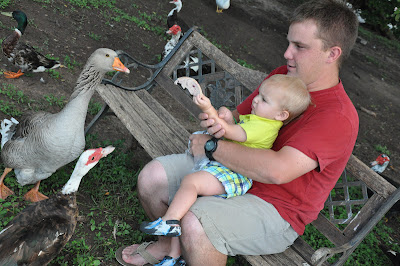 Kaden wasn't too impressed at first. He would just stare and point. Then Micah put pieces of bread in his hand and let him feed the ducks. They were actually very gentile. 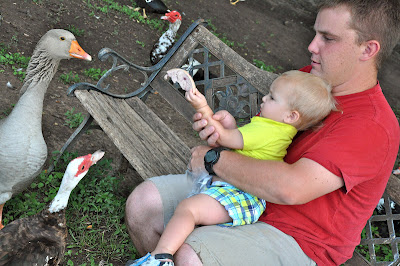 We went to a lake in a near by neighborhood. Our lakes have ducks, but they're not use to people yet, so they just run or fly away. These ducks are use to being fed all the time. 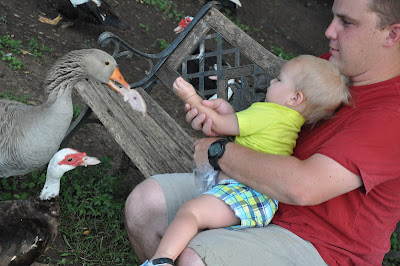 We had a good time. There were way more ducks than I anticipated, so we didn't quite have enough bread, but we'll be better prepared next time. 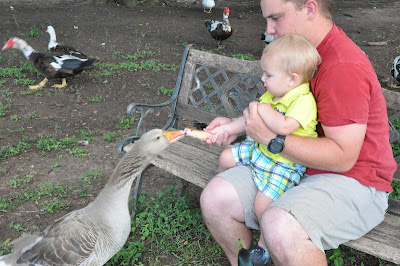 The ducks knew we were coming. They headed our direction as soon as we parked, and pretty much left us as soon as we were out of bread. 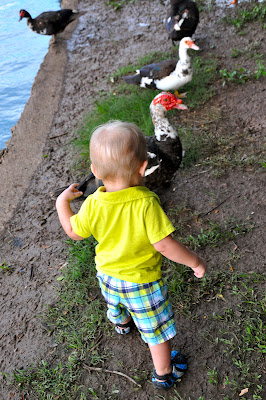 We let Kaden down to walk around a bit after we were done feeding. He would try to pet the ducks, and they would just run away. 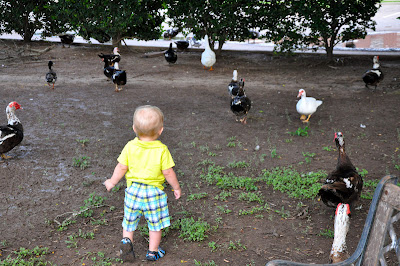 So he would yell, as if asking "why are you running from me." Which would also make them run. 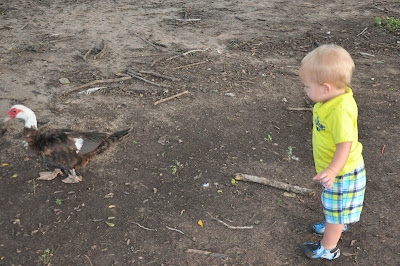 And more than once he tried to get to the lake. My little water boy. 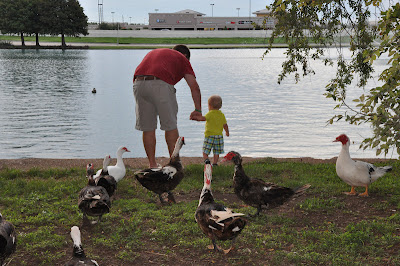 We had fun. We'll do it again! Maybe when it's not so muddy!! 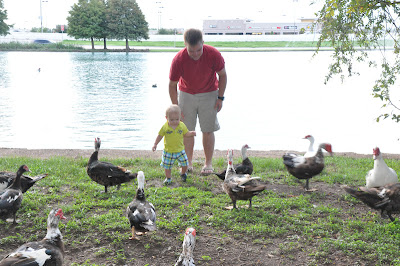 Posted by Micah and Nicole at 8:49 PM