Kaden got this little tractor from Grammy & Papa for Christmas. He always wanted to play on it when we went into Academy, so they thought he *needed* it. When Micah first put it together, Kaden wasn't actually that interested in it. He'd sit on it, and turn the blinkers on, or honk the horn, but if we tried to make it move, he'd freak out. 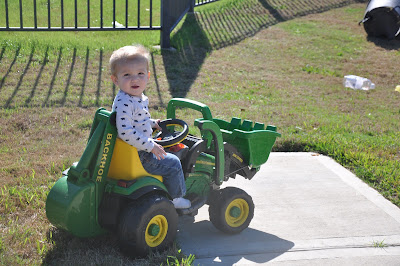 So, we didn't force him. But then little by little, he wanted to explore a little more. At first we had to hold the "gas" down for him. He couldn't figure it out. The he figured out how to push the gas, but he didn't realize he had to hold it down. I think he thought once his pushed it and it moved, he could let go. 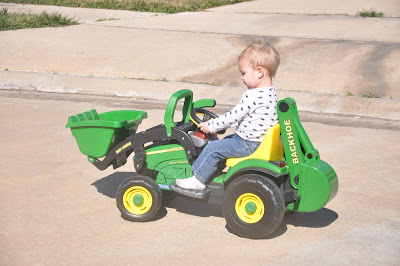 But now he's got it down! And he loves it! I usually stick him in the cul-de-sac, and turn the wheel, so he just goes in big circles.  However, we have been known to take it for a spin to the mail box down the street. And if I don't keep an eye on him, he tries to take off. He loves his tractor... it's definitely "Kaden Approved!!" 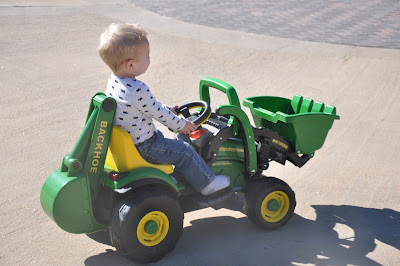 He looks so stinkin' cute on that tractor!